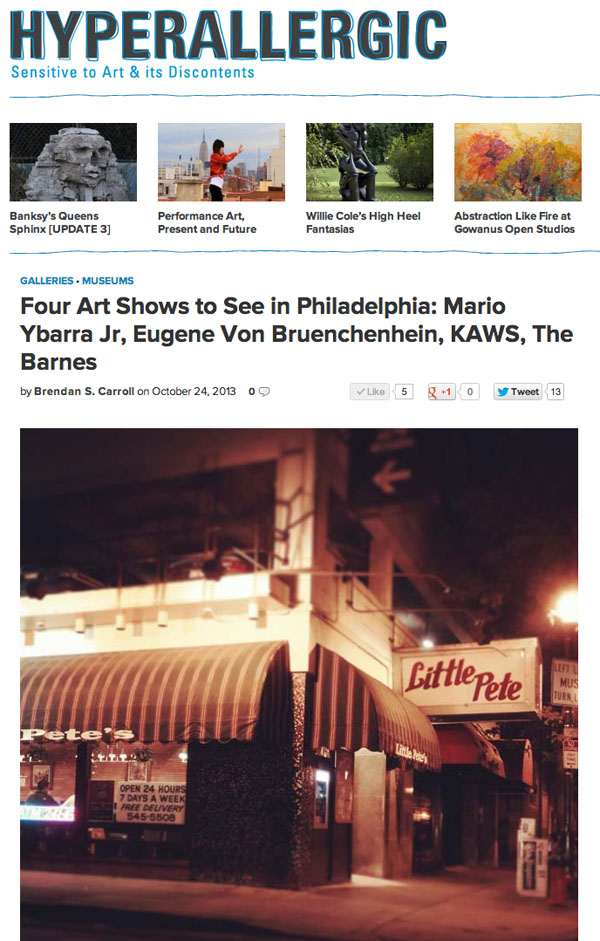 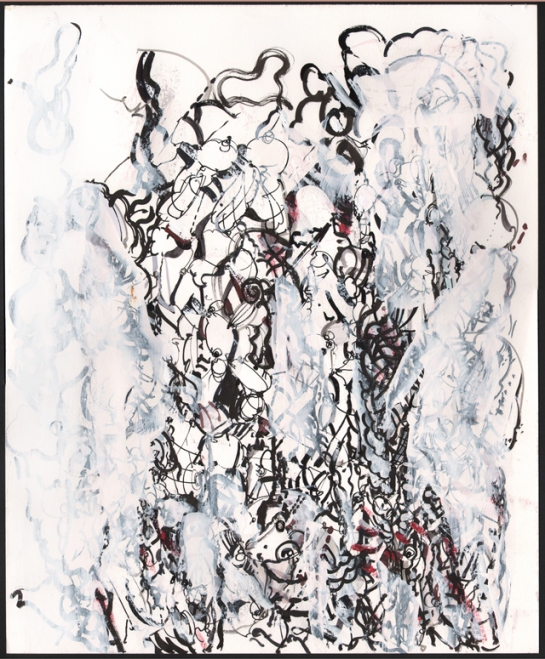 “My aim is to create a wall of gestures—autonomous, descriptive, etc.,”—John Aloysius Patterson

SILVERMAN AND MAJESTIC THEATRE CONDOMINIUM ASSOCIATION present “John Aloysius Patterson: Cascade,” curated by Brendan Carroll. The exhibition presents twenty works on paper made over the past three years. Patterson’s work is about drawing—the physical act of applying various marks to paper. He creates small-scale ink and gouache drawings, which bring to mind ornate jigsaw puzzles as much as graffiti-covered walls. Dynamic, random, combustible, elegant, each work consists of a steady accumulation of spontaneous and deliberate marks. Within the boundaries of the picture plane is a dynamic struggle between dissolution and materialization.

“I see my work on paper as a series of image events. I am more interested in the process and the subsequent accumulation of imagery than I am in clarifying any singular iconic form. One stroke, one graphic gesture, one image follows the next. They are put away, taken out and worked on again. I’m accumulating my images in layers building up a field of gestures over a period of time. I put the images into a grid, to order the space to give a false sense of progression, intent and order…”

Patterson’s work is about the passage of time, as much as it is about drawing. He works in small increments, developing his drawings over the course of a year. All his drawings combine conscious and unconscious editing. He cites Classical figuration as a key point of departure for much of his subject matter. That said, he acknowledges allusions to comic imagery. His palette is Spartan—black and white, with occasional flourishes of color. His brushwork appears to come in riotous bursts of inspiration as lines dances across the paper. The movement is fluid, all-over-the-place, knowing. It never feels aimless. He works on many pieces simultaneously. “It’s akin to herding cats,” notes Patterson. “Most times they develop into something, sometimes they don’t.”

One of the joys of viewing his work is how it is akin to watching clouds drift across the wide blue sky—I spy a universe, a man’s head, an explosion, an erect nipple, etc.,

Patterson’s work has been exhibited both nationally and abroad. In 2003, Hunterdon Museum of Art organized a solo exhibition of his work “Drawings by John Patterson: Process, Reveries, & Accumulations.” Kunstlerhaus (Vienna, AT), Gasworks (London, UK), Paul Robeson Galleries, The Drawing Center, Abaton Garage, and Longwood Art Gallery have exhibited his work. The New Jersey State Council on the Arts and Brodsky Center for Innovative Editions awarded him fellowships for his work on paper.  He received his B.A. from Montclair State College in 1977. He received his M.F.A. from Rutgers University in 1981. He lives and works in Hoboken, NJ, with his wife, Cassandra. 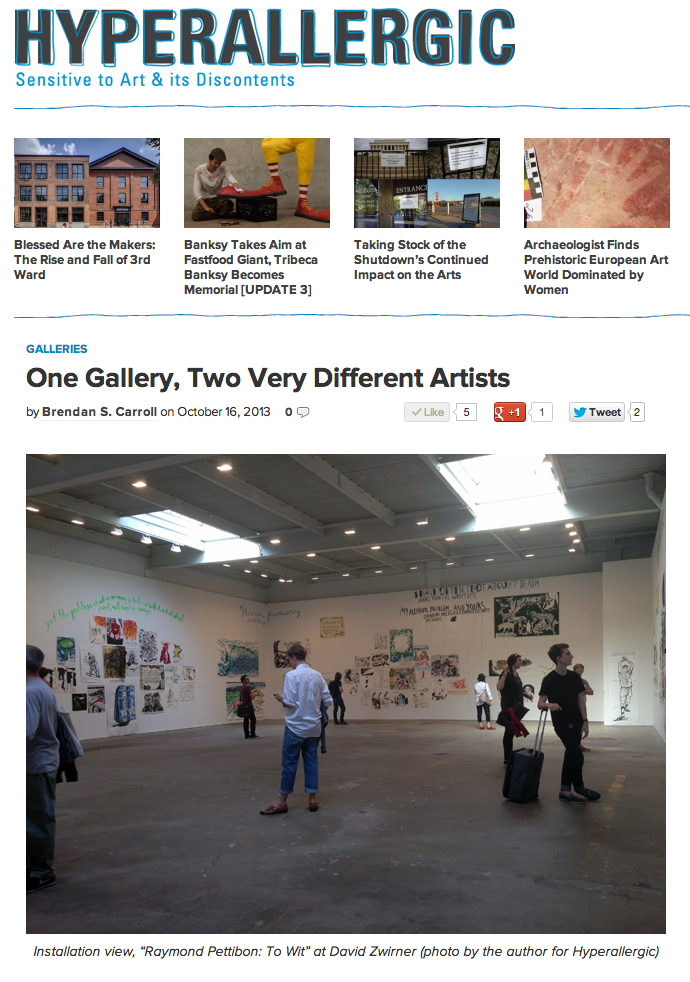